Till the protests over the new Citizenship (Amendment) Act offered themselves as a more emotive election issue, it looked like Delhi’s inescapable, annual battle with pollution would also count for votes in the assembly polls due on February 8. While that threat seems to have receded, the air quality index (AQI) reading for Delhi has only improved from ‘Hazardous’ then to ‘Very Poor’ now.

Q. What are the main causes of pollution in the national capital?

Prakash Javadekar: There are four to five components of pollution — vehicular, dust management, biomass burning and industries. The composition is different in each city, hence we have a National Clean Air Programme (NCAP) which comprises city-specific plans. These plans have various stakeholders, but the city corporation, state government and state pollution control board are the main agencies. As far as Delhi is concerned, stubble burning is an issue, but only from October to November. Vehicle movement is the main problem here. About 95 per cent of the pollution is caused by local factors — dust pollution, waste burning, unpaved roads, local biomass burning. Prime Minister Narendra Modi started the National Air Quality Index [to monitor the quality of air in urban centres on a real-time basis]. Acceptance of a problem is the beginning of a solution.

While this is the broad trend, the relative contribution of each source varies over time and can be known only through a Real Time Source Apportionment study. Delhi is the first to be setting this up in collaboration with the University of Washington. Data findings from the study will be ready by April. 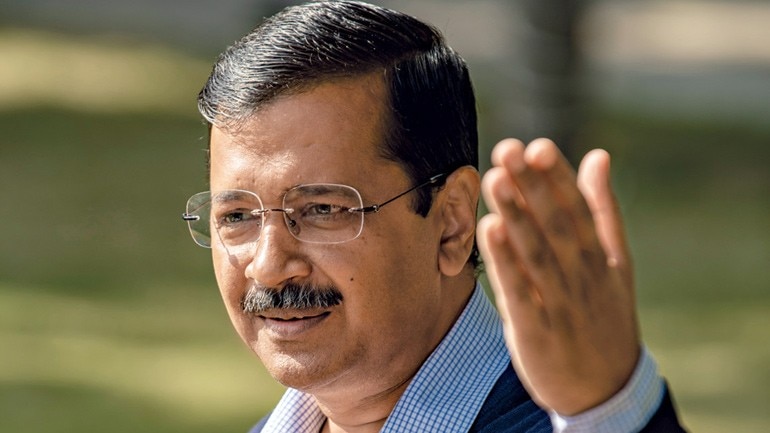 Q: There is criticism that the regulatory mechanisms lack financial muscle, whether it is the NCAP or Delhi’s green budget.

Prakash Javadekar: The Centre is here to give expert advice and some help. In total, we have given Rs 400 crore. Some cities have received Rs 10 crore and some Rs 5 crore as part of the NCAP. Industries have to take the burden of their expenditure. In Delhi, for instance, 3,000 industries have shifted to piped natural gas. It was a cost borne by them and we just have to ensure that they make the switch. Each of the 2,800 brick kilns in Delhi has adopted the zigzag technology at a cost of about Rs 10 lakh for each kiln. They bore the cost, we implemented it.

Arvind Kejriwal: There isn’t one single focus area. Our Green Budget Action Plan in 2018-19, presented as part of Delhi’s annual budget, identified 26 different initiatives spanning five departments that the state government is working on to fight pollution. We have ensured that adequate allocations are made for each of these initiatives. For instance, we have set aside Rs 800 crore for the induction of 1,000 electric buses — the largest such step by any Indian city. Compare this to the fact that the Government of India’s total allocation for NCAP for 2019-20 is just Rs 460 crore.

Q: There has been enough debate about the causes of Delhi pollution. There is criticism, though, that the governments are not serious about it.

Prakash Javadekar: Delhi had 200 good and 165 bad air days in 2019. The situation used to be the opposite earlier. We have brought down the number of bad air days through a few specific things — by giving Rs 1,100 crore from the central fund to stop stubble burning, giving Punjab 40,000 machines and Haryana 18,000, and supporting new innovation to convert stubble to CNG. I’m sure that in 2020 we will have some remedy and that within two years the problem of stubble burning will be solved. In Delhi, vehicular pollution is the main problem. There are 10.4 million cars and 8 million two-wheelers on Delhi roads and each year 1.2 million to 1.5 million vehicles are added.

When we came to power, India was using BS III fuel. We started supplying BS IV with an investment of Rs 40,000 crore. Now we have skipped BS V and jumped to BS VI. We have completed the Eastern and Western Peripheral Expressways to create a bypass for Delhi. We have started RFID tags on all entry points, so now there is no stoppage, which has reduced congestion. Arvind Kejriwal: Over the last five years, the Delhi government has been working on several long- and short-term measures. We have provided electricity 24×7 in all parts of Delhi by upgrading our infrastructure. As a result, power cuts in Delhi are down by 87 per cent and close to five lakh diesel generator sets have been put out of use. We have also banned the use of polluting fuels like coal and ensured that 95 per cent of our industries move to clean fuel (PNG). We have shut down our two thermal power plants in Rajghat and Badarpur. The entry of diesel trucks in Delhi, too, has been restricted by imposing the green cess and by creating the Eastern and Western Peripheral Expressways. We have imposed stringent fines on those violating construction and demolition waste management rules as well as on open dumping/ burning of garbage. We have increased Delhi’s green cover by 1,100 hectares since 2015 by undertaking plantation activities on a war footing.

In the short term, Delhi observed the odd-even scheme again in 2019 with near 100 per cent compliance. For the first time in India, Delhi observed a four-day community Diwali at Connaught Place in 2019 with laser shows, artists and fun activities to wean people off firecrackers. We gave out 5 million free N95 masks to school children and their parents, a globally unprecedented distribution programme, to guard them against the pollution from crop stubble burning.

Q: How successful has the odd-even scheme been in combating pollution? And how significant is the issue of stubble burning for Delhi?

Prakash Javadekar: I don’t talk optics. I talk substance. The Delhi government should have contributed to Phase 4 of the metro project but didn’t. A court had to order them to pay their share for the Eastern Peripheral Expressway. They promised 5,000 buses, but brought in only 120. Six thousand tonnes of construction waste is getting converted to tiles, 200 tonnes of waste to compost. We have closed the Badarpur power plant. I’m constantly monitoring industries and action is taken against the defaulting ones. Stubble burning in 2019 was down to two per cent; the maximum it reached was 40 per cent. Local biomass burning and industrial pollution are very high. There are 130 stations in Delhi-NCR monitoring air quality index, 46 central pollution control board (CPCB) teams are on the road for 10 years [conducting inspections]. Roughly 25 per cent of pollution is because of vehicles. After five years, it will be down to 5 per cent. We have weekly meetings to monitor the situation, including at the PMO.

Arvind Kejriwal: As per the data submitted by the CPCB from the 38 real-time monitoring stations in Delhi to Parliament, the annual PM 2.5 levels in the capital had dropped by 25 per cent between 2016 and 2018, as compared to the base period of 2012-14. A report published by the Centre for Science and Environment goes on to say that due to the various actions, Delhi today has emerged as a model for other Indian cities on how to fight pollution. Delhi did not see a single ‘poor’ AQI day from August 1 to October 9 last year. The sudden spike in air pollution from October 10, the NASA satellite images show, coincided with rapid rise in stubble burning incidents, spoiling all the hard work.

Q: States like Punjab are asking for higher MSP as an incentive to stop stubble burning. Is there a rationale for that demand? What are the states doing to tackle the problem?

Prakash Javadekar: How will you know if the farmer is not burning just so he can get a higher MSP like what the Captain (Amarinder Singh, Chief Minister of Punjab) has demanded? We have given machines, but there is a running cost to it. The problem is the Constitution talks only about our rights, not our duties. Delhi has a peculiar problem. We are in the shape of a trough, a bowl between the Ganga and the Yamuna. So the air doesn’t flow, it becomes still-that’s a geophysical reality. Citizens should also be more proactive, get PUC done, use bikes and public transport. Citizen engagement needs to go up.

Arvind Kejriwal: Stubble is an important raw material and you can formulate policy to incentivise its use. You need capital incentives to drive industries that can use stubble as raw material. Several entrepreneurs have thought of using stubble as a basic raw material, state governments need to encourage that spirit of entrepreneurship.